Serendipity is good.  I went to sleep Sunday night after writing about the possibly beneficial effect of cherry consumption on gout attacks and woke up yesterday morning to read about the American College of Rheumatology's latest guidelines on gout published in this month's issue of Arthritis Care & Research. 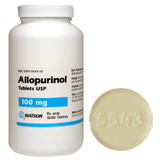 In part 1, the ACR recommended dropping serum acid levels below 6mg/dL, if not 5mg/dL.  While the guideline acknowledged the role of diet & lifestyle, the authors also admitted that, in all likelihood, an oral xanthine oxidase inhibitor would be needed to achieve clinical control.  More importantly, the guidelines recommended starting allopurinol at no more than 100mg daily and checking for genetic sensitivity to allopurinol in certain ethnic populations. 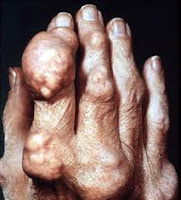 In part 2, the ACR recommended the use of non-steroidal anti-inflammatory drugs, corticosteroids or colchicine within 24 hours of onset of symptoms.  In those without contraindications, low dose NSAIDs can be considered for prophylaxis, too.

If you don't want to wade through several pages of recommendations, check out MedPageToday for a quick summary.  In the meantime, pay attention to your eating habits and stay hydrated!