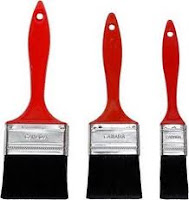 As kids, we painted w/broad brushstrokes.  As we developed our skills, we moved onto using finer brushes.  In the medicine, we used to make sweeping generalizations.  Aspirin for everyone.  Estrogen for all menopausal women.  Aggressive management of glycemic control in all diabetics.  In each case, we've since been proven wrong.

Up until last week, in an observational study published in JAMA, we used to recommend beta blockers for everyone with heart disease, regardless of whether you'd had a previous heart attack or not.  We rationalized this by stating that beta blockers were useful after a heart attack and therefore, by generalization, should be useful in prevention, too. 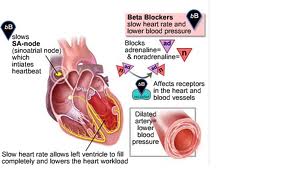 Bottom line: beta blockers did not affect a composite score of cardiovascular death, nonfatal heart attack or nonfatal stroke, much less hospitalization for atherothrombotic events or vascular procedures, regardless of their medical status, eg previous heart attack vs known heart disease but w/o heart attack vs risk factors alone.

As an aside, it turns out that we (I) need to keep abreast of the literature better as several article reviews have already noted this lack of benefit from beta blockers, as nicely summarized at The NNT.