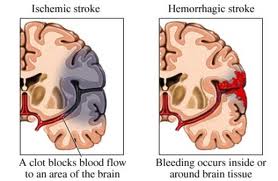 In the first of two studies, the authors followed 37,103 Swedish men for over 10 years and noted that consumption of 63g/wk of chocolate was associated w/17% lower risk of stroke compared to those men who rarely or never ate chocolate.  Going against the current grain evaluating dark, high flavanol, chocolate specifically, it should be noted that milk chocolate is the chocolate of choice in Sweden, although milk vs dark was not assessed in this study.

The authors then performed a meta-analysis of 5 studies including a total of 4,260 stroke cases.  Compared to those who ate the least chocolate, those who consumed the most chocolate had a 19% lower risk of stroke.

What's this mean for you & me?  The two studies in this article support the fact that chocolate is good for you (when consumed in reasonable amounts) although it did not advance the case for dark chocolate.  Since neither of these were randomized, double-blind, placebo-controlled studies, we can only develop hypotheses as we have not yet proven cause & effect.  Still, it's hard for me to turn down a daily portion of high flavanol chocolate after a day seeing patients . . . 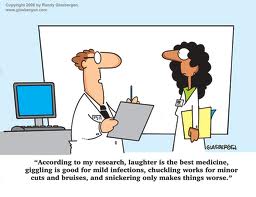 I'm a lumper, not a splitter.  In other words, I look for the big picture, rather than get caught up in the details.   As it turns out, even the questions I get asked can often be boiled down into variations on a theme.  The most common question?  What is the best . . . ?  Elsewhere, I've already mentioned what I think is the best medication:  it's the one you can afford, that you're willing to administer as directed as often as directed, that will bring about the desired results (benefits) without any side effects.  After all, it may be the best drug in the whole wide world, but if it's too expensive, then what good it is to you?

Think about Egrifta and the recent 20 week study demonstrating improvement in cognitive function in patients w/normal cognitive function and in those w/mild cognitive impairment.  Sounds like a winner, right?  Who wouldn't want such a drug, especially when it was also linked to a 7.4% decrease in body fat!  Well, do you have $46/d burning a hole in your pocket?  If not, let's move on. 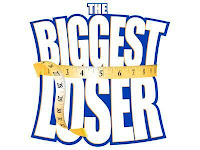 Along the same lines, I'm often asked what's the best way to lose weight?  Certainly NBC's Biggest Losers showed that if you take someone out of their everyday environment, make them exercise 4hrs/d and then feed them only 70% of their estimated baseline metabolic needs, they can lose over a 100 pounds in just 6 months. 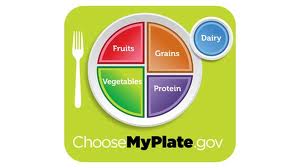 But what about the rest of us (who can't leave work & families)?  In a small (157 participants, mostly female, avg 39yo, avg BMI 32), short (12 wk) trial published online earlier this week in Nutrition Journal, the authors concluded that dietary approaches based upon either portion control, low energy density, or low glycemic index all led to similar statistically significant weight loss.  Furthermore, they noted improvements in body composition & metabolic syndrome risk factors.

Bottom line:  In order to lose weight, the important point is to change one's way of eating.  No one way is head & shoulders above the rest.  As in all things medical, tailor your approach to the patient.  As Yoda said, "Do or do not.  There is no try."

Cannabis Use: Is It Really Safe? Part 4 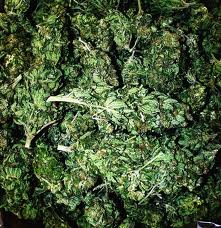 Earlier this year, I pointed out a study looking at how moderate-to-heavy use of marijuana might have a negative impact on lung function.  Well, in a case-cohort study of 1,037 Kiwis followed from birth to 38yo just published online earlier this week in the Proceedings of the National Academy of Sciences, the authors concluded that consistent & persistent use of marijuana starting in adolescence led to a decrease in cognitive function later on in adulthood. 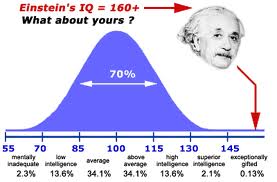 The authors arrived at their conclusion by assessing cognitive function in everyone at 13yo, prior to initial use of marijuana and again at 38yo.  Those who initiated use as an adult did not demonstrate the same cognitive impact as those who started in their teens.  More importantly, stopping marijuana use did not improve cognition. 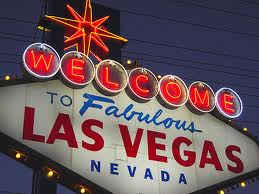 Interestingly enough, the topic of marijuana use came up during one of the sessions during our recent NAFP Summer CME Conference.  While the speaker pointed out (and I'm obviously paraphrasing from my addled brain 2 weeks later) that no studies had demonstrated any benefit from cannabis, the audience member noted that it's impossible to perform a legitimate randomized, double-blind, placebo-controlled trial involving the use of a Schedule I substance. 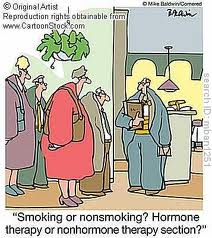 Which brings up a very interesting conundrum.  With menopausal hormone therapy, we had plenty of observational studies demonstrating benefit such that is was imperative that we perform a randomized, double-blind, placebo-controlled study to confirm (or disprove) this association as well as prove causality.  But if we look at marijuana, do we have enough observational studies demonstrating benefit, at least enough to warrant performing a randomized double-blind, placebo-controlled study?  Granted, we only see what we want to see but I've only stumbled on data suggesting minimal-to-no benefit aside from reports of benefit in nausea & glaucoma.  So we don't have any studies linking marijuana use to mortality.  But why risk psychosis, lung function, liver health, etc?

Don't Just Sit There, Do Something! Part 11 How Fit Is Fit 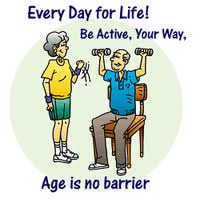 So, how may of you got off your a-- over the last 7 days since I wrote Part 10 of this series?  Yeah, that's what I thought.  What's it going to take to get us off our collective butts?  More importantly, as my kids ask, how much?  In other words, how fit do we need to be?  We recommend a minimum of 150 minutes of moderate intensity exercise each week, essentially 30 minutes most days of the week.  Of course, more is better, in both intensity & time.  But that's just one way to assess physical activity.  Sure, doing something is better than just sitting there.  What we really need is that carrot dangling in front of us, be it some event for which we are training or some goal/journey we want to achieve. 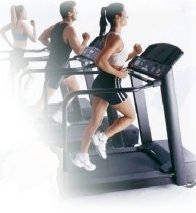 As I noted previously, have you noticed the same people putting in their time religiously on the treadmill while reading a magazine or watching TV?  Undeniably, their attention is divided.  It's near impossible to read & comprehend (or watch & comprehend) when pushing at a tough pace (well, anyway, I can't do it).  While I might watch some TV while I recover between sprints, I guarantee you that I'm not watching anything but the seconds tick by when I'm in the zone during a sprint.

Again, don't get me wrong.  Every study concludes that there's benefit to be gained just by doing something, whether leisurely, moderately or intensely.  But consider my home bound patient last week who spins here little cycle for 5-10 minutes/day; she really hasn't improved beyond that stage because she hasn't pushed herself.  Why?  No one told her to do so!  No one gave her a (new) goal!  When she first started, 5-10 minutes might as well have been 5-10 hours.  But she's been stuck in a rut for the past several months, essentially cruising along at a performance plateau. 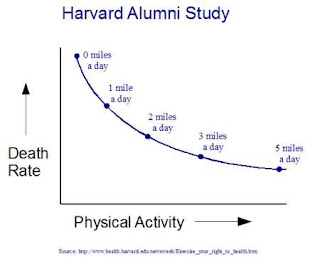 If you're still with me, a prospective observational study was published early online in Archives of Internal Medicine in which the authors concluded that cardiorespiratory fitness (as measured by metabolic equivalents (METs) during an exercise treadmill test) in healthy middle-aged adults was linked to better health & lower risk of chronic diseases over a quarter century later.  They arrived at their conclusion by analyzing 18,670 disease-free participants avg 46-52yo at baseline in the Cooper Clinic Longitudinal Study and again upon becoming eligible to receive Medicare benefits at 65yo and beyond. 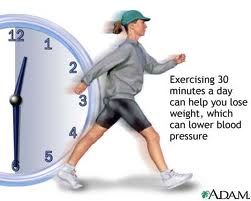 Bottom line:  just walking on the treadmill is better than sitting in front of the TV.  But pushing your abilities to reach 11-14+ METs leads to health dividends that pay out a quarter century later.  So start investing in your health and keep your goal in mind: healthy aging! 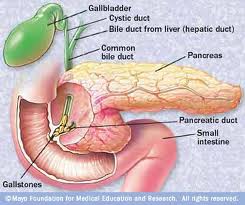 Pancreatitis.  The diagnosis (inflammation of the pancreas) raises hackles on the back of interns & residents' necks attempting to care for patients with this sudden onset of mid-epigastric abdominal pain, typically associated w/alcohol consumption to excess, gallstones and/or extremely elevated triglycerides. 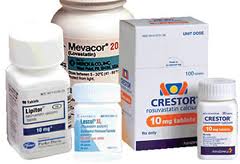 In the past, when confronted with hypertriglyceridemia in the face of hypercholesterolemia, we've always focused on lowering triglycerides in order to minimize risk of pancreatitis.  Once that's been accomplished, then we refocus our attention on lower LDL-cholesterol.  However, in a meta-analysis of randomized controlled trials published last week in JAMA, the authors concluded that statins lowered risk of pancreatitis in those w/normal-to-mildly elevated triglycerides.

Clearly, statins are not first line therapy for treating hypertriglyceridemia.  But once triglycerides have been controlled to less than 500mg/dL, it's time to add a statin to optimize the rest of the lipid panel, notwithstanding all the other bad press that's been written about statins lately. 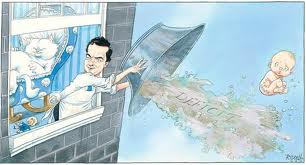 So is it worth placing your liver, muscles, glycemic control, cognition, energy (in women only), and vision on the line?  Before we throw the baby out with the bath water, let's recall that statins lower all-cause mortality.  And more importantly, just because a side effect can happen doesn't mean that it will happen.

So if you can't achieve your LDL goal by dietary measures alone (as noted a year ago), that's when I consider adding a lipid lowering agent to your regimen.  But I'll typically give you the benefit of the doubt first.

Is it possible 2 take donepezil for MCI?

Are there any treatments for gastritis?

Are there any natural treatments for erectile dysfunction?

What are the common causes erectile dysnfunction?

How long does can I take the fentanyl patch?

Does fentanyl cause sexual dysfunction?

Does caverject help with sexual performance?

I have low testosterone and i think my penis is shrinking. Im 68?

Should do you lower testosterone to boost your fertility?

what is the best way to naturally increase my testosterone?

What are the adverse effects of taking a testosterone booster at 17?