I'm a guy, so I think a lot about sex.  I'm also older, so I don't think about sex as much as I once did in my youth, say only once every 5 minutes these days.  Given my predilection towards posts on male sexual function, one might think that I'm a misogynist.  Far from it (I hope!) as I think I'm more a typical physician: we address issues for which we have (easy) solutions.  We never really talked about depression until the SSRIs hit the market.  We never spoke about urge incontinence & overactive bladder until we developed viable antimuscarinics.  And we never asked about erectile dysfunction until the PDE-5 inhibitors arrived.

And so it is w/women.  We've only barely started looking into female sexual dysfunction.  Heck, we haven't even agreed upon ICD-9 terminology where it currently overlaps w/erectile dysfunction (302.72).  I mean, how can we treat something if we can't describe it enough to research it, much less develop treatment (protocols).

Luckily, we now have validated questionnaires with which to assess female sexual function, for instance the Female Sexual Function Index, which was used in a study published in next month's Obstetrics & Gynecology, commonly referred to as the Green Book.  The authors concluded that women w/diabetes are more likely to report lower overall sexual satisfaction.  In fact, insulin use was associated w/difficulty w/lubrication & orgasm. 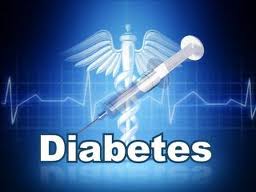 2,270 women 40-80yo (avg 55yo) participated in this study with only 2 out of 5 non-Latina white.  In other words, there was a good bit of racial diversity in this group of women.  1 out of 5 women had diabetes, and of those, 1 out of 4 used insulin to control their diabetes.  Those women w/end-organ damage due to their diabetes, eg heart disease, stroke, kidney disease & peripheral neuropathy, reported decreased sexual function in at least one domain, sexual desire/interest, sexual arousal/lubrication/orgasm/pain, and sexual satisfaction.

Bottom line: because this was an observational study and clearly not a randomized controlled trial, we can only develop hypotheses from the conclusions, rather than draw causal relationships.  However, given that diabetes has a cause & effect relationship w/heart disease, stroke, kidney disease & peripheral neuropathy, it's not a big stretch of the imagination to add female sexual function to the list of reasons why women need better glycemic control.  And while we wait for such a randomized, double-blind, placebo-controlled trial, we can still advocate for better control on the basis of better health outcomes plus the possibility of an added bonus. 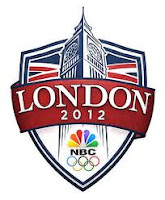 NBC has been presenting the London 2012 Olympic Games for the past few days now.  Admit it: you've been glued to your big screen TV or entranced by www.nbcolympics.com watching the competition.  Whichever the case may be, isn't it ironic that most of us are sedentary while we celebrate our countries' finest examples of physical fitness?  As it turns out, our lifestyle is directly related to our risk of heart disease.  For most of these young & extremely healthy athletes, heart disease is way off in the distance.  And if they can continue some manner of physical activity, their risk will be substantially lower than yours & mine. 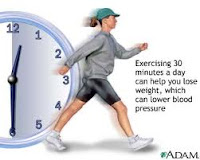 Well, I've been pointing out the proof in the pudding w/numerous studies demonstrating how physical activity lowers our all-cause mortality.  But apparently that's not enough motivation.  So I'd like to point out a review article published last November in the Archives of Internal Medicine directed at male readers (and those whose partner(s), friends & family members are male) in which the authors concluded that lifestyle modifications to reduce cardiovascular risk factors improve sexual function in men w/erectile dysfunction.  Use of statins to lower cholesterol also led to improvements in sexual function. 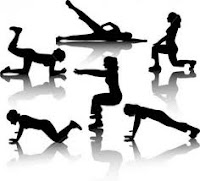 The authors arrived at their conclusions after evaluating 740 participants from 4 countries in 6 clinical trials over a period of time ranging from as short as 8 weeks to as long as 2 years.  Of note, they objectively quantified sexual dysfunction with the validated International Index of Erectile Dysfunction (IIEF-5) questionnaire (full index in PDF).

In comparison, phosphodiesterase type 5 (PDE-5) inhibitors typically lead to a 7-10 point improvement, clearly consistent w/their clinical benefit.  But it should be noted that CV risk reduction improved ED even in those not response to PDE-5 inhibitors.  Better yet, there are no side effects from diet, exercise & maintaining an active lifestyle, all of which can be "used" in conjunction w/nitrates, something which can't be said for the popular oral medications.  And let's not forget to factor in cost savings (or expenditures), too! 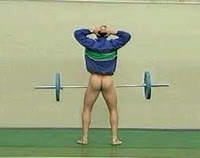 Bottom line: don't just sit there, do something (whether you're watching the Olympic games, NFL, NBA, NASCAR, MLB, whatever)!

Does axid work better than zantac does?

Does boniva work better than miacalcin?

How safe is it to use miacalcin for osteoperosis treatment?

Is it safe for me to use hurricaine spray?

Is it safe to use Forteo now?

Is it safe to consume herbs uncooked?

What natural herb or medicine is good for ED?

Erectile dysfunction doesn't really affect your health and you should learn to live with it and be a man about it, right?

When i have 1-2 sips of beer or wine, i get nausia and feel sick for a day or two, almost staightaway... Could it be liver or stomach?

Is it common for a 24 year old to have problems getting erect and if it's erectile dysfunction what should be done?

Are nimodipine and nifedipine the exact same medicine?

When will my Vyvanse-induced impotence diminish?

How To naturally increase Testosterone

It is common for a man of 56 with a testosterone reading of 750 , I get full erection but sometimes not be able to ejaculate?

My husband has Hypopara- Brain mri shows great amt of calcification in brain. He shows signs of dementia.

Should a person with thalassemia get the shingles vaccine?