Don't Just Sit There, Do Something! Part 12 Chronic Kidney Disease 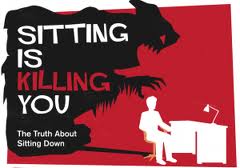 Exercise vs sitting makes intuitive sense when it comes to heart disease & mortality.  If you've been following along, there's quite a number of studies looking at how physical (in)activity affects our health.  But what about our kidneys?  We know that our renal function declines w/age.  We know that certain medications are bad for our kidneys, eg NSAIDs. 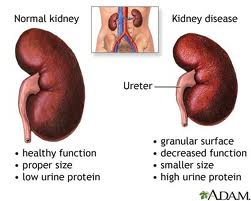 Well, in a cross-sectional analysis published in this month's American Journal of Kidney Diseases, the authors assessed 6,379 British men & women for self-reported sitting & exercise time using the validated International Physical Activity Questionnaire (available in multiple languages in both long & short forms, for both in-person & telephone use!).

The authors used criteria as espoused by the National Kidney Foundation's Kidney Disease Outcomes Quality Initiative to make determinations of renal function.  Of note, they only measured estimated glomerular filtration rate & microalbuminuria and then only just once in classifying the participants.

Bottom line: don't just sit there, do something!